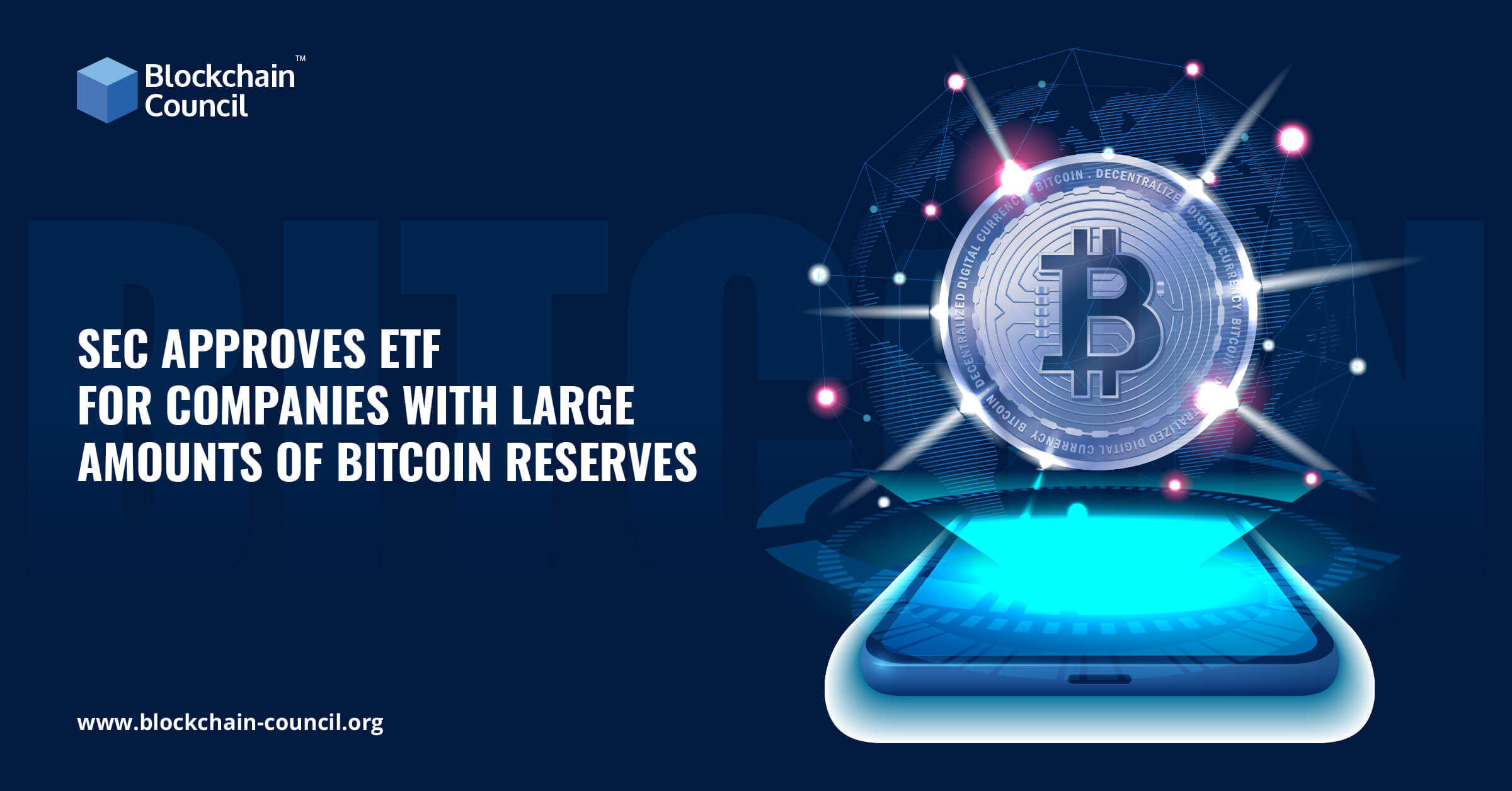 As the entire crypto community around the world anxiously awaits approval for Bitcoin ETF from none other than the Securities and Exchange Commission (SEC) of the United States, the regulatory body answered through an announcement which implies that they are actually moving in that direction gradually. The agency took a defining step by approving a fund which is named “Volt Bitcoin Revolution ETF.”

The fund, which is ideally managed by Volt Equity based in San Francisco, will be providing retail investors with a comprehensive Bitcoin exposure by making a portfolio that will contain a list of “Bitcoin Revolution Companies” that are holding a considerably large portion of the cryptocurrency on their respective balance sheets.

The initial application was actually filed in June, and in there Volt had mentioned that 25 percent of the assets in the fund would consist of stocks from MicroStrategy, which is a cyber security company that has been stockpiling huge amounts of Bitcoin. Tad Park, in an interview with Decrypt mentioned that the percentage could be less than the fund itself. He even stated that the fund will trade under the symbol of BTCR.

Park added that the fund will include shares in an average of 30 notable companies that include Square, Tesla, PayPal, and Coinbase. According to him, Volt has also decided to include Twitter after the company announced that Bitcoin Tipping is part of their operations now, and also a Bitcoin mining company known as Marathon, who are holding generous amounts of the cryptocurrency in their corporate treasuries.

Park even mentioned that the Bitcoin Revolution Fund will not be as volatile as the crypto market itself and the reason behind this is that even if the crypto market takes a downfall, that will not affect the shares of companies such as PayPal or Tesla that much. Moreover, like most of the other ETFs, the fees for Volt are kept at a modest range, which consists of a .85% management fee to be paid annually.

In addition to that, while the SEC has provided a green signal to the Volt fund, it is still far away from approving a pure Bitcoin ETF. However, this action does suggest that the hardline position maintained by the agency towards Bitcoin may be easing up gradually. That is because even if we look back a year ago, things were quite different and even this approval is a way bigger change from there.

So are you interested to learn more about Bitcoin and other cryptocurrencies that are impacting the world of finance at a rapid pace?

Becoming an expert on Cryptocurrencies such as Bitcoin, Ethereum and others is easy now, owing to a host of amazing courses from Blockchain Council, which is a premier organization offering superb online training and certification programs to aspiring individuals who want to have a successful career in the Blockchain space.

Keeping the rising demands of blockchain professionals in mind, Blockchain Council certifications are diversified to meet each aspirant’s discrete needs. They have a host of training and courses on Cryptocurrencies, Blockchain systems, Smart Contracts, DeFi applications, NFTs, Smart Contracts and much more that provide world class knowledge and support.

As your complete crypto group all over the world anxiously awaits approval for Bitcoin ETF from none aside from the Securities and Alternate Fee (SEC) of the US, the regulatory physique answered via an announcement which suggests that they’re really transferring in that path regularly. The company took a defining step by approving a fund which is called “Volt Bitcoin Revolution ETF.”

The fund, which is ideally managed by Volt Fairness based mostly in San Francisco, might be offering retail buyers with a complete Bitcoin publicity by making a portfolio that can include an inventory of “Bitcoin Revolution Firms” which can be holding a significantly giant portion of the cryptocurrency on their respective steadiness sheets.

The preliminary software was really filed in June, and in there Volt had talked about that 25 p.c of the belongings within the fund would encompass shares from MicroStrategy, which is a cyber safety firm that has been stockpiling large quantities of Bitcoin. Tad Park, in an interview with Decrypt talked about that the proportion could possibly be lower than the fund itself. He even said that the fund will commerce beneath the image of BTCR.

Park added that the fund will embrace shares in a mean of 30 notable corporations that embrace Sq., Tesla, PayPal, and Coinbase. In response to him, Volt has additionally determined to incorporate Twitter after the corporate introduced that Bitcoin Tipping is a part of their operations now, and in addition a Bitcoin mining firm often known as Marathon, who’re holding beneficiant quantities of the cryptocurrency of their company treasuries.

Park even talked about that the Bitcoin Revolution Fund is not going to be as risky because the crypto market itself and the rationale behind that is that even when the crypto market takes a downfall, that won’t have an effect on the shares of corporations similar to PayPal or Tesla that a lot. Furthermore, like many of the different ETFs, the charges for Volt are saved at a modest vary, which consists of a .85% administration payment to be paid yearly.

Along with that, whereas the SEC has offered a inexperienced sign to the Volt fund, it’s nonetheless far-off from approving a pure Bitcoin ETF. Nonetheless, this motion does recommend that the hardline place maintained by the company in the direction of Bitcoin could also be easing up regularly. That’s as a result of even when we glance again a 12 months in the past, issues have been fairly completely different and even this approval is a means larger change from there.

So are you to be taught extra about Bitcoin and different cryptocurrencies which can be impacting the world of finance at a fast tempo?

Changing into an knowledgeable on Cryptocurrencies similar to Bitcoin, Ethereum and others is straightforward now, owing to a number of fantastic programs from Blockchain Council, which is a premier group providing very good on-line coaching and certification applications to aspiring people who need to have a profitable profession within the Blockchain area.

To get on the spot updates about Blockchain Expertise and to be taught extra about on-line Blockchain Certifications, take a look at Blockchain Council.