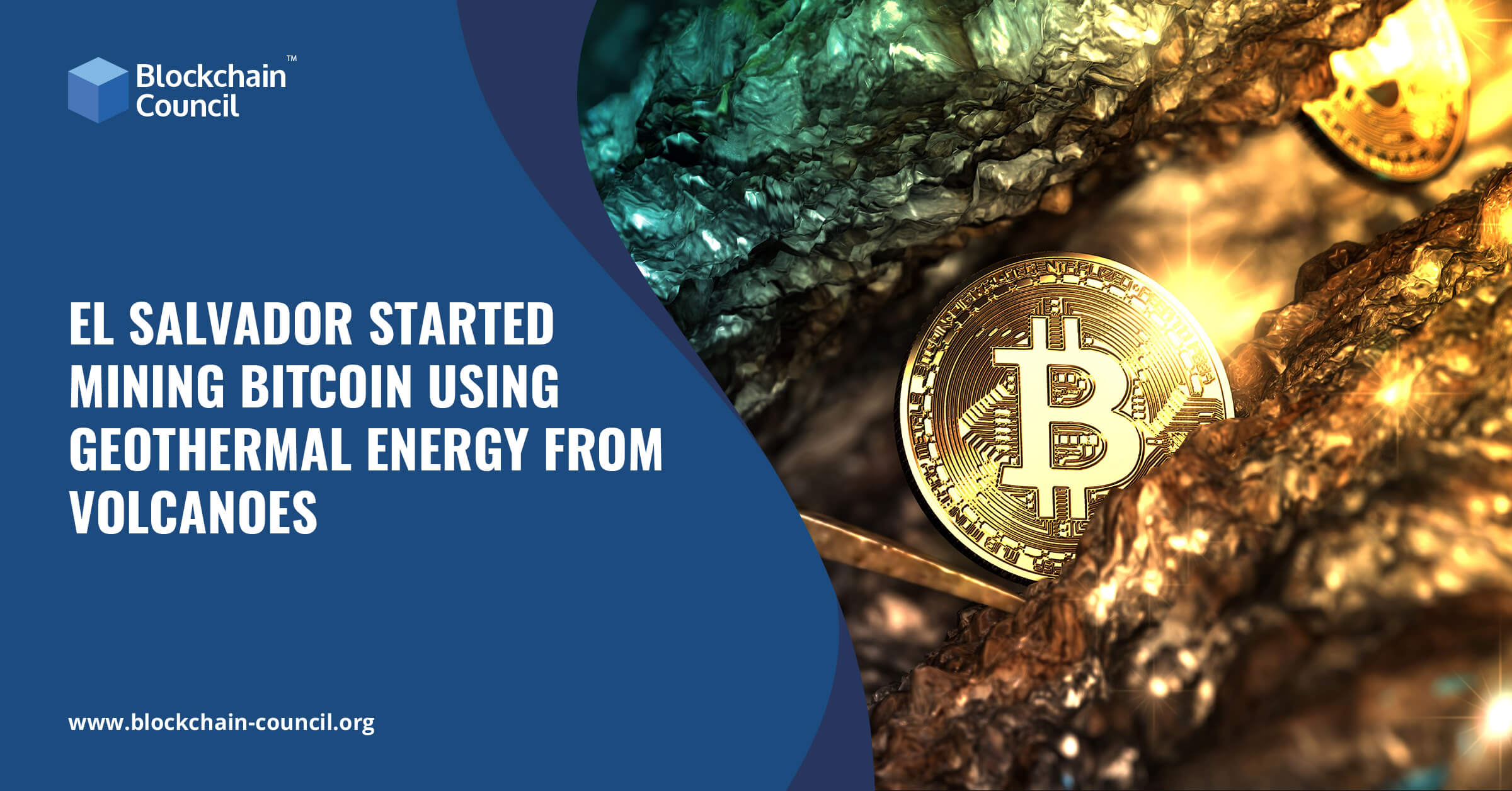 The country of El Salvador has been making several headlines in recent months after promoting Bitcoin as a legal tender. However this time, they have made another by mining the cryptocurrency using power straight from the volcanoes. According to the latest report, the country has mined 0.00599179 bitcoin which translates to an amount of $269 while harnessing the power of a volcano.

The country’s President, Nayib Bukele has made headlines around the world with his nationwide experiment with the biggest cryptocurrency in the world. On Friday, he had posted on Twitter to let the world know that the country is taking its first steps towards this incredibly innovative process of harnessing geothermal energy from a volcano.

On Tuesday, the President had posted a teaser video of 25 seconds which showcases a few government-owned ships that are full of Bitcoin mining rigs and a host of technicians who are busy installing the ASIC miners and plugging them in. The video also featured sweeping aerial shots of an energy factory which is located in the middle of a dense jungle that surrounds a volcano.

Ever since that moment, the video has spread virally, while bringing in about 2.3 million views. The video was also captioned as “First steps…”. The experts are of the opinion that if the Central American country is indeed mining new crypto, it indicates that he really succeeded in the promise that he made back in the month of June. He had announced that he had spoken with the geothermal company owned by the state to put up a plan that will enable mining bitcoin using 100 percent clean, emission-free, and renewable energy from their volcanoes.

President Bukele indicated in his tweet on Friday that the whole mining project is still a work that is in progress and as of now they are simply installing and running some tests around the mining equipment.

Alejandro de la Torre, who is also a bitcoin miner, stated that this is a great move to use geothermal energy for mining bitcoin. He also stated that Ireland has been doing this for a very long time and it is a great practice. El Salvador is literally known as the land of volcanoes and it is a natural choice to use the energy from there since it is the source of most of the country’s energy supply.

Conclusion: Are you interested in learning more about Cryptocurrency mining, Bitcoin, cryptocurrency trading and much more?

Becoming an expert on Cryptocurrencies such as Bitcoin, Ethereum and others is easy now, owing to a host of amazing courses from Blockchain Council, which is a premier organization offering superb online training and certification programs to aspiring individuals who want to have a successful career in the Blockchain space.

Keeping the rising demands of blockchain professionals in mind, Blockchain Council certifications are diversified to meet each aspirant’s discrete needs. They have a host of training and courses on Cryptocurrencies, Blockchain systems, Smart Contracts, DeFi applications, NFTs, Smart Contracts and much more that provide world class knowledge and support.

The nation of El Salvador has been making a number of headlines in current months after selling Bitcoin as a authorized tender. Nevertheless this time, they’ve made one other by mining the cryptocurrency utilizing energy straight from the volcanoes. In accordance with the newest report, the nation has mined 0.00599179 bitcoin which interprets to an quantity of $269 whereas harnessing the ability of a volcano.

The nation’s President, Nayib Bukele has made headlines all over the world along with his nationwide experiment with the largest cryptocurrency on the earth. On Friday, he had posted on Twitter to let the world know that the nation is taking its first steps in direction of this extremely modern means of harnessing geothermal vitality from a volcano.

On Tuesday, the President had posted a teaser video of 25 seconds which showcases a number of government-owned ships which might be stuffed with Bitcoin mining rigs and a number of technicians who’re busy putting in the ASIC miners and plugging them in. The video additionally featured sweeping aerial pictures of an vitality manufacturing unit which is positioned in the course of a dense jungle that surrounds a volcano.

Ever since that second, the video has unfold virally, whereas bringing in about 2.3 million views. The video was additionally captioned as “First steps…”. The consultants are of the opinion that if the Central American nation is certainly mining new crypto, it signifies that he actually succeeded within the promise that he made again within the month of June. He had introduced that he had spoken with the geothermal firm owned by the state to place up a plan that can allow mining bitcoin utilizing one hundred pc clear, emission-free, and renewable vitality from their volcanoes.

President Bukele indicated in his tweet on Friday that the entire mining mission remains to be a piece that’s in progress and as of now they’re merely putting in and working some exams across the mining gear.

Alejandro de la Torre, who can also be a bitcoin miner, said that this can be a nice transfer to make use of geothermal vitality for mining bitcoin. He additionally said that Eire has been doing this for a really very long time and it’s a nice follow. El Salvador is actually generally known as the land of volcanoes and it’s a pure selection to make use of the vitality from there since it’s the supply of a lot of the nation’s vitality provide.

Conclusion: Are you interested by studying extra about Cryptocurrency mining, Bitcoin, cryptocurrency buying and selling and rather more?

Changing into an professional on Cryptocurrencies akin to Bitcoin, Ethereum and others is straightforward now, owing to a number of wonderful programs from Blockchain Council, which is a premier group providing very good on-line coaching and certification applications to aspiring people who need to have a profitable profession within the Blockchain house.

Holding the rising calls for of blockchain professionals in thoughts, Blockchain Council certifications are diversified to satisfy every aspirant’s discrete wants. They’ve a number of coaching and programs on Cryptocurrencies, Blockchain techniques, Good Contracts, DeFi functions, NFTs, Good Contracts and rather more that present world class data and help.

To get immediate updates about Blockchain Expertise and to be taught extra about on-line Blockchain Certifications, take a look at Blockchain Council.